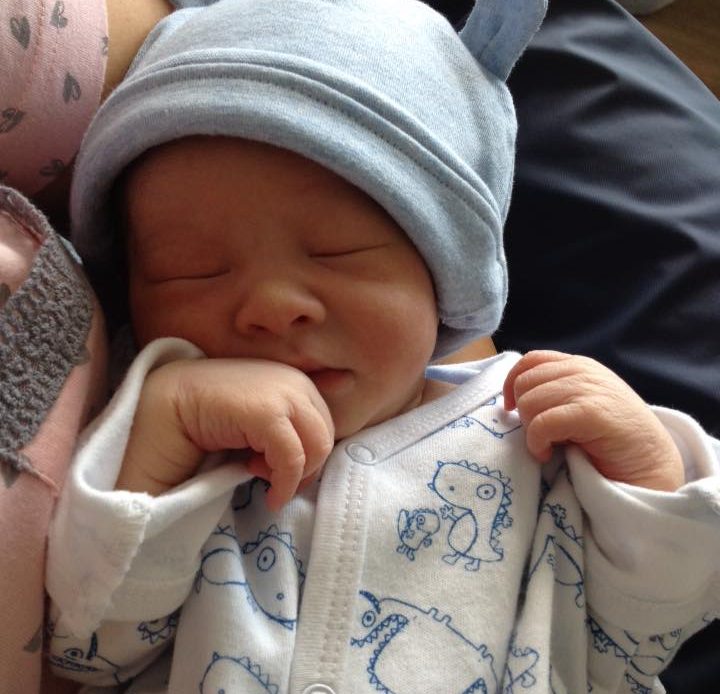 Postpartum depression was one of those things you hear about but never thought would happen to you. I certainly didn’t.

No, I’m sorry, surprising is too gleeful a word. Unpredictable, I should say.

In this article I will detail 10 things that went through my head in the two years I struggled with PPD. I’ve never been vocal about many of these things before, but I’ve decided that I need to speak out so that others may feel that they are not alone. Not every mom will deal with PPD in the same way, so these 10 things may not apply to you. But it really doesn’t matter because here they are anyways:

Why don’t I have control over myself?

Some mothers have described PPD as being a dark cloud that hovers over them. I would agree. But with me it felt more like the dark cloud was an evil entity that took over my body, and chased my own thoughts out of my brain. I was aware that I was still present in this body somehow, but only for fleeting moments throughout the day, and never fully whole.

If you’ve seen movies or television shows where someone gets possessed but they’re trapped inside there, but don’t have any control over their body? Yeah, that’s kind of what it felt like for me.

Every now and then I would “wake up” and be present, conscious, and myself, and I’d cry. Tears of guilt, tears of hopelessness, tears of not being able to control when I would lose control again, lose myself again to this dark entity, and cease to “exist” in my own mind for days at a time.

I’ve gone through worse, why is this getting me down?

For somebody who has gone through divorce, miscarriage, sexual assault, and tons of trauma that I will carry with me for the rest of my life, I still – even now – can’t understand why PPD hit me the hardest.

And this thought hounded me whenever I was in control of my own thoughts. Why this? Why this bad? How? I’m a survivor, I’m tough, I’m strong, I can get through ANYTHING in life. And for me to be this broken over quite literally NOTHING, was beyond me.

My baby wasn’t more difficult than others, I don’t think. It wasn’t anything specifically environmental. Till today, I can’t pinpoint why PPD hit me so hard.

But every day I went through it, I just felt like a failure. You’ve come this far, and you’ve gone through all these crazy tumultuous things in your life, only to fail NOW? Really?? Come on.

Where is this motherly feeling I’m supposed to have

And after you give birth, you’ll have your child in your arms, and you’ll look down lovingly at them, swaddled in that hospital blankie, looking all cute and googoogaga-ey, and you’ll feel this overwhelming rush of motherly love just wash over you completely. And that’s when you know, you’re a mom. And you’re always gonna put this little thing first in your life, and everything you’ll do from here on out, is going to be for them.

That’s the impression I got when you became a mom. And so when I didn’t have that feeling, lying in that hospital bed, something felt amiss. I was “supposed to” feel that way. I didn’t. Day two came, still nothing. Day 63. Still nothing.

At some point I knew I was a mom in title and designation, but that was it. There were ZERO motherly feelings. And I was definitely NOT going to sacrifice my life for this thing, ever.

Why am I incapable of loving my own child

Knowing you’re a mom and feeling like a mom were two different things. So was knowing that I was “supposed to” love my child, and actually feeling that love. No matter how I tried to force myself to feel even an inkling of love or affection for this baby thing, I couldn’t.

All the feelings I felt were negative. Anger, mostly. Frustration and hopelessness, for sure. But I think it wasn’t so much a frustration with the child as it was the frustration of “Why don’t I feel any love for my child?”

This was probably the worst parts of the day, where my head would just go on its own spin of creating images, very vivid scenes, of me simply letting go as I held my baby out the window, or kicking it down the stairs, or drowning it in alcohol, waterboarding style.

My brain had never, ever, been so creative in coming up with ways to kill my child. Until PPD.

And when I was conscious of my thoughts, I felt guilty. I felt like these were wrong. (I mean, OBVIOUSLY.) But then PPD would take over, and the guilt would linger somewhere in the background, but the PPD was always way too strong to let those feelings of guilt surface.

I wanted to murder my child every single day and it was normal, and okay, and completely acceptable to my PPD self.

As far as I was concerned, this thing was just a thing. A thing I was now apparently in charge of, but just a thing, that I wanted to kill in very creative, ingenious ways.

What were you supposed to do with a baby? Apparently things like bonding, tummy time, fun time in the bath tub… Yeah. I tried really, really hard. I think I even made it through some of the motions of these things. I saw people do them in mommy articles and What To Expect emails.

It’s a very scary thing, running away from yourself, while you’re stuck inside of yourself. You don’t quite remember what it was like to be “normal” you, but you just know that you don’t want to be PPD you.

I think suicide crossed my mind at one point, but briefly. Somehow PPD me was still very selfish about wanting to claim a stake on this world’s oxygen for good. She wasn’t going anywhere. It was the half dead me struggling inside that just wanted it to be over – for good. Any way possible.

It’s so strange that while I was busy hating myself and fighting with myself, I also knew I had to stop being that way. A part of me thought that I had the power to control myself from being depressed. “Positive thoughts,” isn’t that what they say is the key to stopping depression? All I had to do was think positive thoughts, and everything would be okay.

Except that’s a big fat lie, and anybody who says that very obviously hasn’t been through this shit.

Yet I still felt like I never gave up fighting inside of myself. I kept trying to break free, try to feel something good, try to NOT want to kill my child…

In some strange, distraught, distant ways, I actually knew that I was responsible for keeping that thing alive, and I knew I had to feed it and such, and I really did everything on schedule, never missed a feeding, changed diapers, gave baths…

In the back of my mind, I was telling myself that “I can’t afford to be like this,” because someone’s counting on me. To not kill them. Essentially.

Why doesn’t anyone believe me?

Trying to get someone to believe me about this was probably one of the most devastating things in my life. Usually the people around you accept if you’re feeling unwell, stressed, cold, frightened, anxious, feverish… It’s not normal to have to persuade someone you’re not well.

The “baby blues,” some said. “It’s just the hormones.” “You’re just making everything a bigger deal than it actually is.”

Sometimes I wonder, if I hadn’t uncontrollably broken down that one time the hospital midwives came for a routine checkup, would anyone have believed me? Would I have survived this?

When the people closest to you are the ones who don’t believe you the most, that feeling really shatters you from inside. It did make me question many times, “Why am I even here then?” And that didn’t just refer to country, environment, home… no, it definitely extended existentially.

I am thankful that even despite everything, a part of me knew that I needed help. And right from the time the hospital midwives caught on to my struggles, I knew I had to make the effort to get help.

Early searches for a psychiatrist went terribly, with experts trying to tell me my story instead of listen, insisting instead that I was homesick… You’d think paid professionals would do their one job and listen, but nope. I suppose that goes under the above category too – how can you not believe me even when I’m paying you this ton of money??

I had so much help, and yet I still felt horribly ill-equipped, and completely undeserving of being a mom. It wasn’t so much that I was beating myself up inside, but that no help ever felt enough. I just knew that I couldn’t do this on my own. I just couldn’t see how.

Finally I had help from one lady who would come by twice a week, just to see how things were going, just to talk. And talking to her worked wonders. I think just having ONE human soul believe me was a salve to my senses.

She’d always say, “Don’t you need my help with something? Is there some technique I can teach you to make caring for your baby easier?” And I’d always just want to talk and have her listen. It took months before I even started to feel any positive feelings about myself or my child. I wish I could say those feelings stayed with me on days she didn’t come visit, but alas.

Am I ever going to get better?

I know I said 10 things but I felt like this was a bonus one. When you fight, day in, day out, with yourself to have even the slightest bit of control over yourself, at some point you get to this thought – “Am I ever going to get better?”

The thought of remaining the way I was was just… impossible. I don’t know if I would have eventually taken myself out of the picture, but I know that feeling definitely existed.

When I was going through PPD there was no hope for light at the end of the tunnel, no sunshine after the rain… no clichés I could believe in to tell myself things would change.

And one day, more than 700 days after my child was born, I felt this weird, strange, unfamiliar feeling inside me. It started small, soft and warm and cosy, but then it started bubbling over… until I realised… this was love.

I LOVED MY CHILD.

It was a first. And it was amazing.

If you’re suffering from post-partum depression, please don’t be afraid to speak out. There are more people who care about you than you know – and I don’t just mean your family and friends, but also strangers in organizations who are willing to be there for you. You’re not yourself right now and that’s okay. Let these people take care of you for now. Until you come back again. If you ever need to talk, please don’t hesitate to send me a message.

10 Areas in Which We Need to Stop Judging Other Parents

7 Shocking Reasons Why We Judge Other Parents

What to Do When Both Parents Are Sick: Have a Backup Support Plan

Worth reading »
Why Am I So Damn Tired All The Time?