7 Shocking Reasons Why We Judge Other Parents 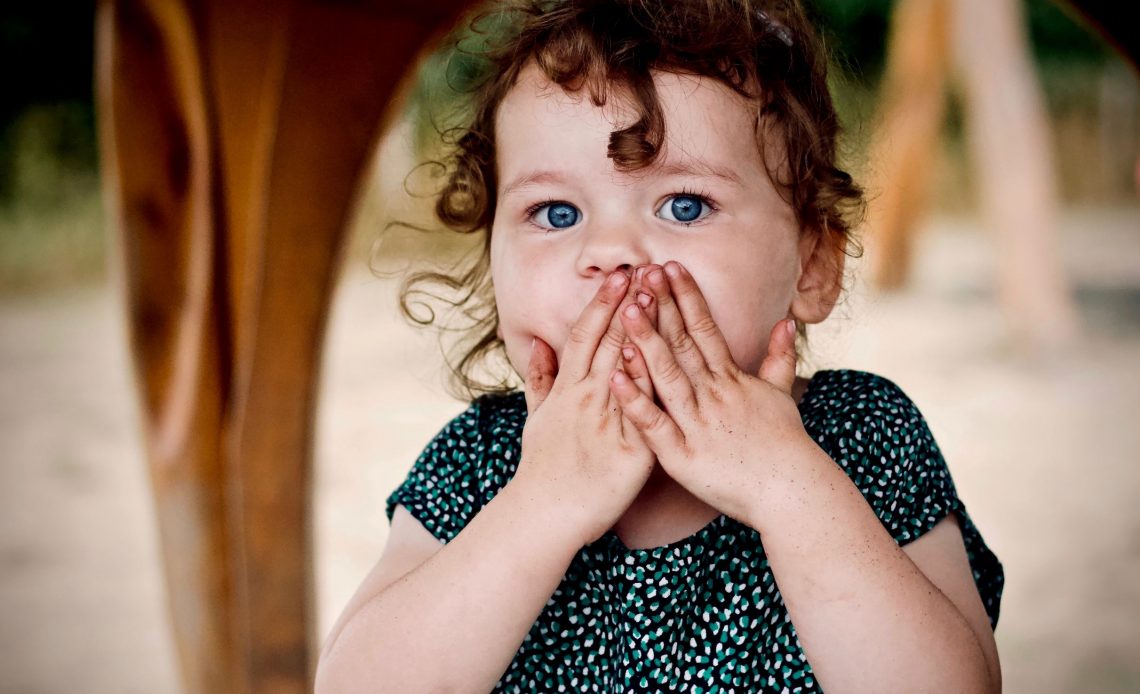 This article is number 1 out of 4 in this series of “Parents Judging Other Parents”.

I’ll bet nobody cared so much about your actions or decisions until you became a parent. That was the life-changing moment that introduced you to the concepts of green poop, sleepless nights, oh and with the territory came being judged for all your parenting decisions you’ve ever made and are ever going to make.

A survey on Zero to Three shared that “9 in 10 parents across the board feel judged”.

And I know you’ve been there. We all have.

We’ve all seen the unmistakable glares, the fingers pointed our way, the hushed whispers. We’ve all felt the shame and frustration and desperation.

We’re all too ready to relate to this, saying, “YES!! I’ve been judged as a parent way too many times!”

But are we equally eager to admit that we’ve been on the judging end so many times too?

I’ll be the first to admit: I’m guilty of having judged other parents.

Before I became a parent, I was that smug bug who secretly looked down on parents who play on their smartphones instead of interacting with their kids while waiting for their food to arrive.

After I became a parent, I silently judged parents who don’t allow their kids to eat ANY sugar whatsoever.

And I’ve definitely judged parents who kept up with frequent playdates with many other parents and kids when Covid-19 hit and lockdowns were in place.

Why do we do this? Why do we judge other parents?

I’ve had to look deep within myself to pull these 7 possible reasons out. It’s been a very disturbing, embarrassing and yet enlightening experience.

Because why do we judge other parents? Well, it all boils down to ego.

We judge because we feel ashamed.

I’ve definitely judged because I’ve felt ashamed at not being able to afford things for my kid.

Last winter, all the kids in his class went on a trek through the forest. All the parents received a note prior to the excursion advising us to dress them for the trek. When I dropped him off at school, all the other kids were in winter coats, winter boots, ski trousers, the works. My kid looked the same as every other day he’d gone to school. That was the first moment I had ever felt ashamed as a parent, that we couldn’t give him fancy trekking clothes.

My husband tried to make me feel better by saying, “All those other parents are just super rich and they don’t know where to spend their money, so they just splurge on buying expensive new clothes for their kids every season to show off.”

I admit, it did make me feel better, but I realised we had resorted to judging other parents and even conveniently using a stereotype of rich people (because we do live in the richest neighbourhood in the country), in order to pack our shame away.

We don’t want to feel like we’re not doing enough for our kids, so it’s easier to make it seem like everyone else is just going overboard and being extreme. That way, we are the “normal” ones.

We judge because we feel inadequate and like we can’t measure up.

You know how people say when people are judging you, it’s actually because they’re judging themselves?

When we judge other parents, we might be secretly feeling inadequate in some way compared to them. Perhaps they’re doing something we can’t do, or something we aren’t good at. Or they might have a completely different parenting style which seems to work.

Because they make us feel small and useless, we deflect instead and put it on them. In a bid to appease our own ego that we’re actually doing a good job as parents, we feel the need to step on anyone who doesn’t do things the way we do.

Psychologist Lynne Jordan says that judging others deflects how we feel about our own parenting. She believes that we judge because there is so much pressure to be the perfect parent in today’s society, that when we see others do something differently, it threatens our own convictions. Criticising their approach validates OUR way, and OUR choices. We did good.

We judge because we think we’re better.

Look at how they’re struggling. We’re definitely better parents. We got this. And if we’re right, they must be wrong, because there is only one way of parenting, right?

Hah! This couldn’t be further from the truth, and yet we often have such feelings (if we’re being honest with ourselves).

Suddenly we’re drawn to giving unsolicited parenting advice, because “we want to help the kids” but really it’s because we think their parents are lousy and we think we’re superior.

This kind of moral high-horse mentality doesn’t actually help other parents, it just makes them feel incompetent, and increases their frustration.

We judge because we’re feeling defensive about our parental decisions.

There’s no one-size-fits-all “How-to-raise-a-kid” instruction manual. So we pretty much rely on ourselves to come up with our own approaches to child rearing, hopefully so they end up being happy, rational, decent human beings.

Every day we tussle between this and that in our heads, deciding what’s best for them. And when we decide on a certain parenting decision, method, or strategy of raising our kids, and someone does it differently, it throws us off.

Why are they doing it differently? Do they know something I don’t? What am I missing?

But instead of wanting to learn from their parenting choices, our ego kicks in and we become defensive. No, I’ve done so much thinking and considering. This MUST be the best way. Your way isn’t. That’s all. This is the way it has to be, because it is.

It sounds soooooooo childish, and yet we all know that parents are so capable of childish thoughts, don’t we?

We judge because we’ve been judged.

It’s ridiculous, but a survey of 1000 American women online reported that “moms who have experienced shaming are more likely to shame another mom”.

Yes, because we’ve been judged before, and know that awful feeling, it’s only “fair” that other people get subjected to such judgment, because we have. Yup, that’s what this is saying.

“I’ve suffered, so you should too” is apparently a mantra some people abide by in their lives.

The horror, I know.

It’s not some rite of passage all freshmen parents have to go through. It shouldn’t even be normalised behaviour that parents should expect to get judged left and right.

How about “I’ve suffered, so I’m going to help you avoid it”?

We judge because it makes us feel better about ourselves.

We all struggle with insecurities as parents. But there is no one to tell us that we’re doing a good job, or if we’re on a right path.

This is dangerous because if we don’t allow ourselves such affirmations that we’re great parents, we might end up transferring this responsibility onto other parents –

So when we see other parents struggle in areas where we aren’t, we get the assurance that we’re doing something right and the acknowledgement that we’re good parents.

It helps soothe our insecurities and gives ourselves a much-needed pat on the back.

If our insecurities get the better of us, we might resort to constant moral judgments, putting other parents down all the time, just so we can feel superior in some way.

But this kind of thinking is a vicious cycle – we’ll develop some kind of moral superiority and become even more judgmental.

Other parents are not in charge of assuring us; we are. We need to give ourselves that pat on the back ever so often. Because we are all doing a good job in our own way.

We judge because it’s so much easier than dealing with our jealousy.

We may want what other families have, or we might even want to become them, to live their lives. And most of the time, it’s based on what we see on social media.

It’s why we might get upset when we see other people’s happy families, especially if we are experiencing issues in ours. We want that. We don’t have that. We’re jealous. But that’s a difficult emotion to admit to, process and handle.

So it’s easier to judge. They must be successful because they’re unscrupulous. They must be able to afford so many holidays because they work all the time and never have time for their kids, so these holidays are to make up for that guilt they must have to live with.

They must be happy because they have a great support system that allows them to take lots of time off and get enough rest, because they look like really well-rested parents, and we all know that that is not a thing. I can’t be as happy because I don’t have what they have.

Whenever we might see someone successful in something, we might ask, “Why am I struggling but not them?” and that can lead us down this slippery path of becoming a bitter, green-eyed monster, instead of a true friend who can be happy for others’ accomplishments.

When did we turn parenting into a competitive sport? When did we start getting graded on a bell curve such that if someone else is doing supposedly better, we’re at risk of failing?

If you think the “Pay It Forward” concept is amazing because every single person can make a difference if they just pay it forward… Imagine how devastating it is when every single parent “pays it forward” by judging another parent. All we do is perpetuate this ugly cycle of judgment within the parenting community.

So yes, we are all guilty in one way or another. Even if we don’t say it out loud, even if we’re just silently thinking it in our hearts.

Whatever our reasons for judging other parents, let’s just always be aware of what we’re thinking, and try to stop the judgment.

Because the result will always be the same. Your judgment hurts them, and gains you nothing.

At the end of the day, we are all wonderful people, great parents, and just trying to do our best. So parents, let’s help each other out on this difficult journey that is parenting!

In the next blog article of this series on “Parents Judging Other Parents”, we’ll touch on different areas where we really need to stop judging each other on.

In the meantime, do share your thoughts in the comments below. Have you been a victim of being judged, or are you brave enough to admit that you’ve ever judged someone else before? 😉

10 Areas in Which We Need to Stop Judging Other Parents

What to Do When Both Parents Are Sick: Have a Backup Support Plan