Should I Run My Dishwasher on the Half Load Function? 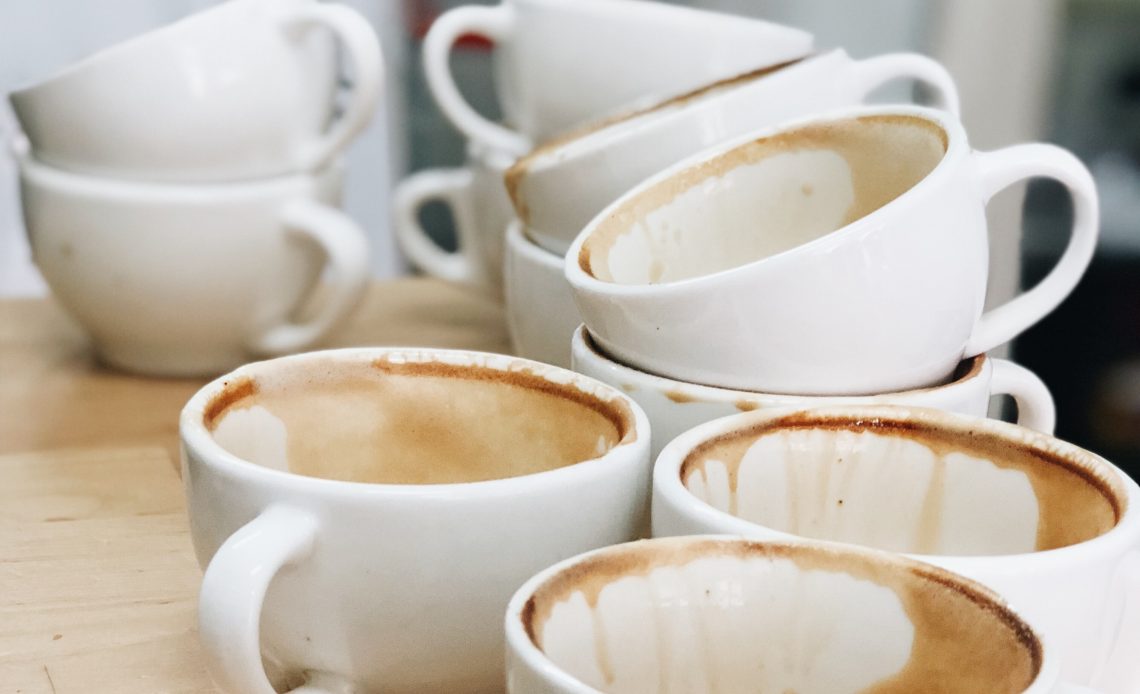 When my new dishwasher got installed in my kitchen, I ooooohed and aaaaaaahed over it, especially this fancy new button I never had before called “Half Load”. Like WOW, now I get to run the dishwasher half full and save water and energy? Amazeballs!

I started telling everyone about it, but guess what, I’d never actually tried it out. Why? Maybe because we actually have so many dishes it’s almost always a full load for us. But also because people were telling me, “Don’t do it! It doesn’t clean so effectively and you’ll end up with dirty dishes!”

So what’s the real truth behind this mysterious “Half Load” function? Is it actually a genius idea or just marketing gimmick?

What does “Half Load” actually mean on a dishwasher?

I tried asking my husband this question.

“It means you fill it half full, duh,” he answered, as if there was only one answer in the whole wide world.

He was stumped. *Hurrah, in your face, mansplaining lol*

Turns out, there really isn’t just one answer.

A half load function on a dishwasher can mean that your dishwasher:

It actually depends on your particular machine. So don’t just listen to what others say about their dishwashers, it might not be applicable to yours! Make sure you check your manual.

If you don’t remember where you’ve chucked your manual, try Googling your dishwasher’s brand and model number, they might have a pdf of the manual lying around cyberspace.

This is important to note because you need to know which basket in which to place your dishes.

Are there any advantages to using the half load function?

Seems like there are some advantages after all. Most machines tout it as an energy, water and time saving option.

Does it use less energy than a full load? ✔

Does it use less water than a full load? ✔

Does it use less time than a full load? ✔

(Probably, you’ll have to check your own machine and run some tests to confirm!)

But will the half load function on your dishwasher actually save you money?

Maybe not. Mainly because while you’d think that “half” load means that it uses “half” the water and energy, that’s actually untrue.

According to the UK’s Which? magazine, the “half load” function “can use up to 90% of the water and energy used by a full load.”

To load half the amount of dishes but still use so much, in fact, almost the same water and energy as a full load, sounds like an utter waste.

Which? continues to advise that if you find yourself not having a lot to wash, instead of doing a half load, it may well be “worth waiting until your dishwasher is full and then using the energy-save program”, if your dishwasher has one.

The problems with waiting to run a full load

If you’re a small household, then you might not have so many dirty dishes after your meals. But to accumulate your dirty dishes until you have a full load to run your dishwasher means two things:

2) Those dishes get all crusty with food and stains that you might end up having to run your dishwasher on its intensive program instead, using even more energy and water.

Why I now hate waiting for a full load

My biggest problem with waiting to run a full load is that I lose momentum. And then the dishes just pile up. And it becomes another huge mountain of a task I need to undertake.

I’m one of those people that, if there’s a problem, and I don’t fix it now, I’ll put it on the back burner and just forget about it.

That’s why I try and pick up stuff I find lying on the ground and throw it away immediately, or putting away things that shouldn’t be there, even if it means walking up and down my house many times. I don’t want to make a mental note of it, and then end up not doing it.

Same goes with my dishwasher. I’m trying to do this thing where I run it after dinner, and put away the dishes in the morning. If I skip a day, I know I’m absolutely going to lose momentum and then it’s going to pile up.

Does hand washing dishes save energy and water over running a half load in the dishwasher?

Sometimes I only have a couple of dishes and it doesn’t make sense to run the dishwasher, so I end up washing them in the sink. Apparently, this isn’t as smart as I thought I was being.

The article goes on to say that instead of waiting to do a full load, “8 dishes is all it takes to save water with your dishwasher over handwashing.”

It also points out that using your dishwasher daily instead of handwashing daily can save you 378 litres of water every week – well over 19,000 litres a year, which works out to about 87 bathtubs of water!

So apparently, contrary to popular belief, even when half-full, your dishwasher still saves more water than you standing at a running faucet.

Are there disadvantages to running the dishwasher half empty though?

So it seems that even a half-load is better than handwashing dishes. But what are the downsides to that?

UK laundry and cleaning blog In The Wash mentions that “In tests, the half load option on many machines doesn’t always clean dishes as effectively as a full load. However, this may of course vary between different makes and models of dishwashers.”

To be honest, this did cross my mind as well. But if the half load function uses something like 90% the same amount of water as a full load, I would think that it would be just as clean, no?

I’ve personally used my half load function before (yes I caved and tried it haha), and the dishes seemed just as clean. At least, I didn’t notice any difference.

The article also points out that there is a higher probability of dishes hitting each other with more force when hit by jets of water when they’re loosely sitting in a dishwasher, as opposed to being tightly packed in a full load. I suppose, think sardines in a tin and how comfortable they look jammed in there?

Yet, nope, no broken dishes I can report. All still in pieces. But you know, their individual whole pieces. LOL

The other problem you can’t halve to save money on

The other factor to consider is that we run our dishwashers with some kind of soap or cleaning detergent. I don’t know about you, but I personally use those 3-in-1 tablets (no particular brand I like, my loyalty totally sways to whichever has the greatest discount going when I need some lol).

This means that even if I run a half-load, I still have to use 1 tablet, or actually be bothered to go cutting it in half. If you’re using those jelly looking pods (reminder, not to be eaten, or left lying around in arm’s reach of toddlers and teenagers with TikTok), then there’s definitely no way you can cut those in half. The alternative is to buy all these detergents separately and measure it out in cups and… I can’t even finish that sentence. A dishwasher is supposed to save time, not make me waste more time!

Is it worth buying a dishwasher with a half load option?

Well, I suppose it seems by now my answer will be a straight up no.

But… I would actually say yes and no.

Should you buy a special dishwasher specifically because it has a half load option? No, I don’t think you should.

But if you’re already thinking of buying a new dishwasher, and the new one you’re eyeing so happens to come with that function, why not? You might use it… one day.

Is it worth using the half load function on your dishwasher?

I think it’s still best if you run a full load on Eco function, which uses less water but may run longer.

That said, “full load” means just nice, not overly packed to the brim “overload”. Overloading your machine not only results in not-so-clean dishes, but also stresses your machine out, leading to faster wear and tear.

So instead of accumulating dishes to get a full load and risk overload, yes, I would rather do a half load. Especially now that I have in mind that 8 dishes is all it takes to make it “worth it”.

I think at the end of the day, the dishwasher is supposed to make our lives easier. This means, put dishes in, pop in a pod, press a button, don’t think about it. Go on and do other tasks that actually require us being present, like, I don’t know, earning a living, parenting, those kind of important things we also have on our plates.

If the thought of wasting water bothers you, guess what – every form of washing or cleaning wastes water. But is it a waste to keep things clean and maintain your home so your family can have a nice life? You’re already cooking at home, you’re not outside eating off of disposable plates and using plastic straws.

As far as I’m concerned, you’re already doing your part for the environment, and your wallet. So take it easy, put the dishes in the dishwasher, and press a button. Any button. Half load, for all I care. Now, go make yourself a cup of tea and give yourself a pat on the back, mama. You deserve it. 😉

Worth reading »
What to Do When Both Parents Are Sick: Have a Backup Support Plan